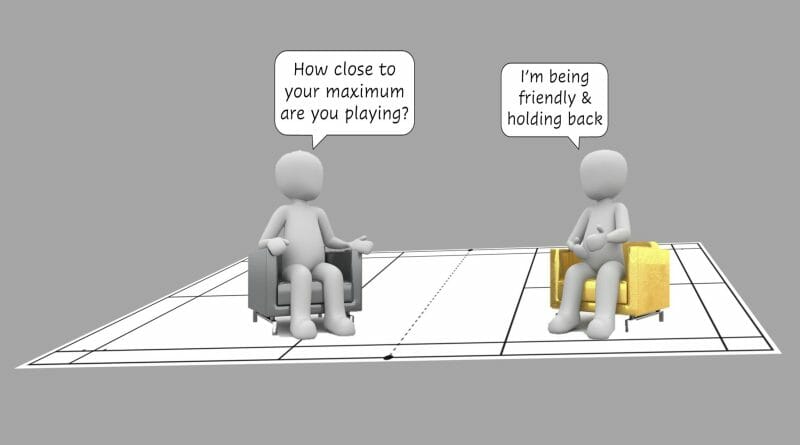 Regular friendly practice can be dangerous to your game

Hidden problems need to be identified and resolved

Watching a singles practice between two friends, some thoughts came into my mind

Let me describe the scene

The two players were evenly matched, well one was better than the other but the rallies were closely fought. Points were won and lost, the score was generally never more than 4 or 5 pts apart when it finished.  Often it was around 14 – 11 in the middle part of the game.

But something struck me.  One player seemed to be cruising, ok they were working hard but not stressing.  In fact, they either won or lost most of the points.  The other player hardly won any outright winners.

Watching closely it became apparent that the better player was almost feeding the other.  Choosing when to stress his opponent and when to play a little more freely, even gambling at the net by moving in before the shuttle was returned.

However, maybe development wasn’t the uppermost reason for their regular matches.  Maybe enjoyment and social play also featured highly in their minds.  They certainly did play hard and there were some very tough rallies.

If you play matches regularly with the same people, especially singles matches are you becoming too friendly?  Have you stopped pushing hard to exploit their weaknesses or stopped tactical strategies you know will hurt them?

If you want your friendly badminton practice to be exciting, fresh and challenging then talk with each other and decide to avoid the pitfalls of ‘regular friendly practice’

I’d like to hear if you have found problems with your friendly badminton practice.

What were they, and how did you resolve them. 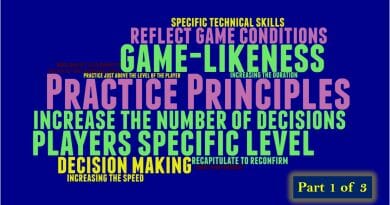 The 8 pillars of effective Badminton Practice : Part 1 of 3 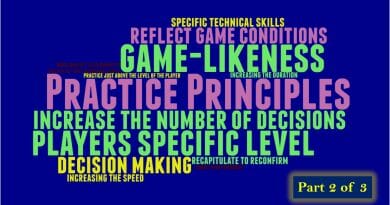 The 8 pillars of effective Badminton Practice : Part 2 of 3 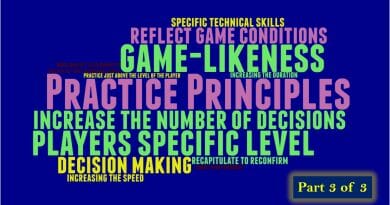 The 8 pillars of effective Badminton Practice : Part 3 of 3