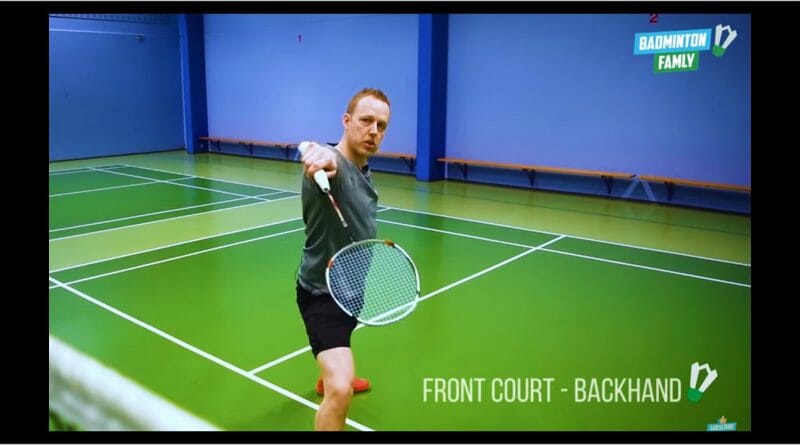 This style has certainly caused a variety of responses!

Have you watched the footwork video by Badminton Family?  It gives a good insight into the footwork and stances in the backhand net area.

Most of the replies I’ve had say that they have never seen this backhand net stance in any coaching manual. Others point out that when you watch a game of men’s singles, with some players it happens quite often.

I was introduced to this stance, my coach mentor who called it the “backwards attacking” stance

If you go back and look at the video at the top of the 6 Ways to Improve your Badminton movement you will see Tai Tzu Ying using it along with several others.

Why use this stance?

It’s a choice and depends on what shot you would like to move quickly to next.

Generally, it’s used by male players who after playing to their opponents backhand net area either from a defensive block or a backhand net.  They then recover (and prepare) in this backward attacking stance.

You have a choice and it depends on your physical and technical ability. You may think it’s an easy choice to decide to use this stance or to not use it.

My recommendation is: try it on the court and set up situations that involve real rallies with an opponent. There is no obvious ‘Coach answer’, it’s up to you to try, experience and then decide.

Use this Stance  IF….

.. you believe that your opponent lifts more often than plays to the net

.. you get caught with fast crosscourt flicks into your deep forehand

..  your opponent likes to fast flick into your deep forehand

.. you have a powerful turn and pivot to go back into the net area

.. you are super-fast at moving into the “round the head” court from your backhand net

Maybe this Stance isn’t for you IF…

.. you get caught with crosscourt nets

.. you prefer to chasse forward

I recommend that you try this stance after playing a backhand defensive block (non-racket leg lunge),

recovering into this stance as an early preparation position

As always I would love to read your comments and thoughts.  This post has been tough to write as there are many coaches and players out there with theories on how to play and what technique to use.

Your feedback is essential to me.  My aim is to provide guidelines that can be challenged.

I believe that it’s the PRACTICE situations you use that influence how you develop.

Become a Player not a Trainer 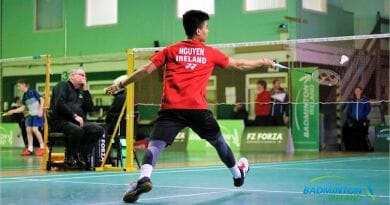 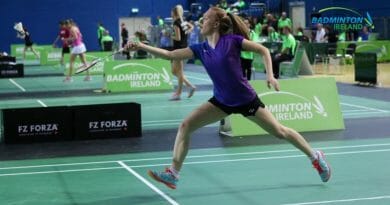 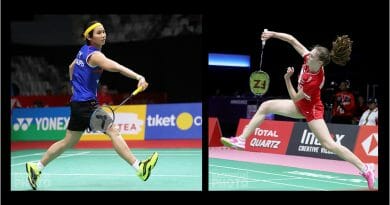